The legendary team captain of FK Crvena zvezda, who won the trophy of the 1991 European Cup.

Stevan Stojanović was born on 29th October 1964 in Kosovska Mitrovica.

He joined FK Crvena zvezda in 1979 and came through all its categories, from youth ranks to the first team, for which he started to play in the 1986/87 season.

He wore the read and white jersey for five seasons and during that time played 168 official matches. He won three championship titles (1988, 1990 and 1991), one national cup (1990) and the European championship title in 1991. He was the goalkeeper in all nine matches of FK Crvena zvezda on its path to the European top in the 1990/91 season. In the same season, he was FK Crvena zvezda goalkeeper in as many as 50 competition matches. When it was most important, he stopped Manuel Amoros’s shot in the second penalty kick series in Bari and as the team captain lifted the Champions Cup trophy.

After his time in FK Crvena zvezda, he played for Royal Antwerp from 1991 to 1995. He triumphed with this Belgian club in the 1992 Belgian Cup, and a year later they reached the European Cup Winners’ Cup final, where they were defeated by Italian Parma AC (1:3). He also played for German BV Cloppenburg (1997-1999), but he constantly struggled with injuries. He ended his career in Greek Ethnikos Asteras F.C. in 2000.

He played for U-21 and Olympic teams of Yugoslavia. He was the Yugoslav team goalkeeper at the 1988 Olympic Games in Seoul.

Upon ending his professional playing career, he worked as a football agent from 2000 to 2004.

He has been with the FA of Serbia as sports director since March 2021. 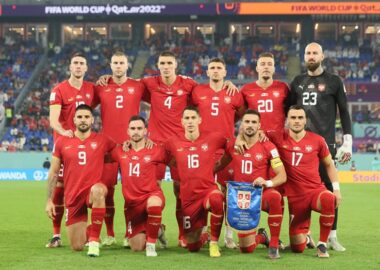 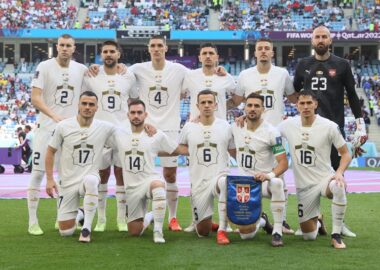 QATAR 2022 | A LOT OF EXCITEMENT AND A DRAW WITH CAMEROON 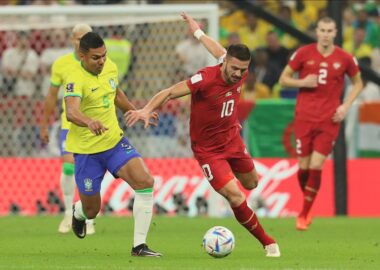