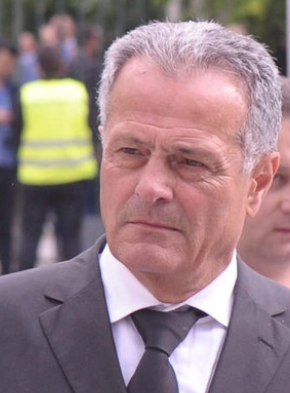 Nenad Bjeković was born in Lazarevo, a village near the town of Zrenjanin, on 5th November 1947. Bjeković is a great name of Yugoslav football. He started his career as a talented striker in the team of football club Proleter, Zrenjanin, where he spent four successful seasons (1965-1969), and full player affirmation he achieved in FK Partizan, where he stayed until 1976, performing in 379 matches and scoring 191 goals.

In the 1975-76 championship season Nenad Bjeković was the top scorer with 24 goals, helping FK Partizan win their long-awaited title by scoring the only goal in the last league match against FK Olimpija of Ljubljana. He was very successful in performing for the French OGC Nice (1976-1981), where he was the top scorer. In August 2009 he was named the club’s most popular person and the best player of OGC Nice of all times. Apart from good performances in the club (145 matches, 85 goals), Bjeković also earned the award due to the fact that, already after his first season, other French clubs were also looking to engage him, but he did not want to leave Nice.

In the very start of his coaching career, Bjeković spent a few years as a member of FK Partizan technical staff. He subsequently replaced Miloš Milutinović, who became the national head-coach, and became FK Partizan coach on 20th August 1984. For a long time, he served as sport director for FK Partizan. The club was also successful, winning titles and setting many records in national championship. With Nenad Bjeković, FK Partizan was the first Serbian club to qualify to the Champions League group stage, after eliminating English Newcastle United. 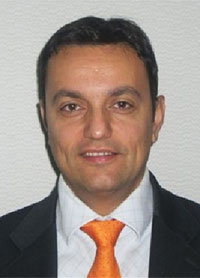 Prof. Jovan Šurbatović was born on 29th March 1968. He holds bachelor degree in economics. In 2007 he completed his postgraduate studies at the international school of the European Centre for Peace and Development University for Peace Established by the United Nations in Belgrade with grade point average 9,7, by successfully defending Master’s thesis “Categorization of Sports As a Factor of Valorisation Methodology of Sports Organisations” and thus obtaining academic title Master of Management Science. In 2012 he defended his PhD thesis “Citizens’ Public Interest and Needs As a Factor of Managing Sports Centres” at the Association of Centres for Interdisciplinary and Multidisciplinary Studies and Research of the University in Novi Sad and obtained scientific title Doctor of Science in the field of Sports Management.

Professional development: Prof. Šurbatović took part in numerous programmes of professional training, among else, he participated in the “School of Journalism” of the Yugoslav institute for Journalism in the class of Mr Dragan Nikitović and became sports journalist (1991) and he also participated in the programme “Manager in Foreign Trade” organised by the Institute for International Management Belgrade and Institute Superior de Gestion Paris (1992).He completed a specialized master program MESGO – The Executive Master in Sport Governance, 5th edition / 2018-2020, with the highest grade and as a candidate chosen by UEFA, organized by leading European Univesities (University of London, University of Limoges, University of Lausanne, University of Lleida, Johannes Gutenberg University of Mainz), with support by UEFA, FIBA, EHF, IIHF, EPAS and Council of Europe.

Professional career: He is a professor at the Faculty for Sports of the “Union – Nikola Tesla” University, lecturing subjects within the professional area of sports management (as from 2016). He is a Chairman and Council member of the College of Sports and Health in Belgrade (as from 2018). He also lectured at the Faculty for Management in Sport of the Singidunum University, as well as at the Belgrade College of Sports and Health (2010-2016). At the same time he also was a member of the Managing Board of the “Poštanska štedionica Bank Ltd” (2011-2015). He performed tasks of the Finance Director of the “Srbijaautoput Ltd Beograd” company (2009-2011). Before that, he was Director for Economy Business in the Intesa Bank Ltd Beograd (2007-2009), Assistant to the Director of the public company “Ada Ciganlija Beograd” (2005-2007), Director of the public company “Agencija za obnovu Beograda”, Chairman of the Managing Board of the Belgrade Arena, member of the Managing Board of the public company “Ada Ciganlija Beograd” and member of the Belgrade City Government for Youth and Sports (2000-2005), owner and Director of the estate agency “Bona Mente” (1997-2000), professor of IT science at the Obrenovac high-school and agronomy-chemical high school (1993-1997).

Other projects: Member of two important working groups made by Serbian Government: first – for monitoring the implementation of the National Stadium construction project and second – Joint Bid Committee for candidacy of Euro 2028 and WC 2030 together with Greece, Romania and Bulgaria.

He speaks English and also is currently learning Italian language.

Jovan Šurbatović is married to Aleksandra, and is father of Anja, Luka and Iva. 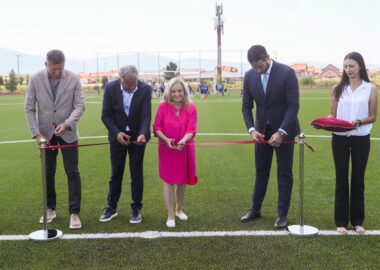 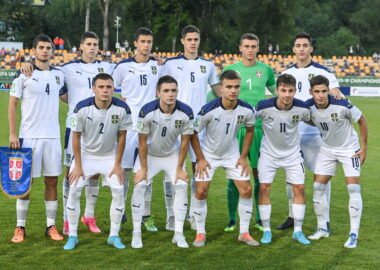 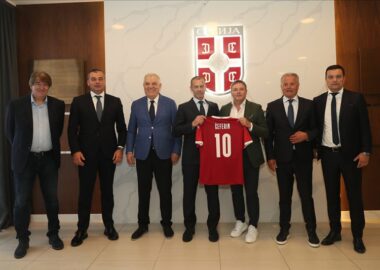