Following a Video conference with Presidents and General Secretaries of all National Associations in Europe, UEFA decided to hold the final tournament of the European Championship from 11 6. to 11.7.2021.

The UNL Play-off matches, i.e. the match Norway-Serbia, will be played in June 2020 match-date (if the COVID-19 situation allows so). The UEFA decision was supported by all National Associations. The idea is that all National Competitions, as well as the UEFA Champions League and Europa League Final matches, are to be completed by 30.6.2020.

The dates for the UEFA competitions scheduled for June and July 2021 (F4 of UEFA Nations League, European U-21 Championship and European Women Championship) will be subsequently determined.

The day in Nyon started with a meeting at 10h A.M. President Čeferin first spoke with representatives of National Leagues and the Management of European Clubs. They all supported the proposal for the National Championships, as well as the Champions League and Europa League Finals, to be completed by 30.6.2020 at the latest.

That first conference ended at about noon, and a video conference with Management of the National Associations started within one hour. On behalf of the Football Association of Serbia, Mr. Jovan Šurbatović, General Secretary of our organization took part in the discussion. The common position of all participants of the video conference was to move the UEFA EURO  to 2021, and to use the June 2020 match-date to finish the club competitions on the National and International level. 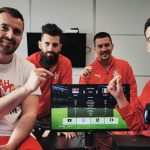 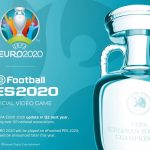 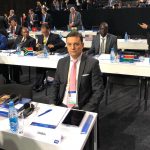