Due to the specific circumstances caused by COVID-19, the measures and orders of protection of the Government of the Republic of Serbia as well as the UEFA protocol, the accreditation system will be organized as follows:

The accreditation system starts from Wednesday, 26.08. and it will be until Monday, 31.08.

The maximum number of accreditations that we are currently able to provide, in accordance with all protection measures, is 50 for journalists in the press box, 10 for photographers.

Accreditations will be distributed to the media in the premises of the Football Association of  Serbia, Terazije 3, 9th floor, on Saturday, 05.09. from 10h  to 15h CET.

JOURNALISTS
In relation to the available capacity, one accreditation per editorial office or media respectively will be provided.

Upon entering the stadium, the body temperature will be measured with the obligatory completion of the questionnaire related to the COVD-19 along with a personal signature.

It is necessary to respect the distance of 2m at the stadium.

Each journalist will have 4 square meters of space in the position from which he/she reports. The masks are mandatory to be worn from the moment of entering the stadium, both inside and outside.

In the exterior journalist box, the places provided for journalists will be marked, and it needs to be strictly respected.

The Photographers enter the stadium through the official entrance of “FC Crvena zvezda” (West stand) where they will pick up the bibs.

Upon entering the stadium, the body temperature will be measured with the obligatory completion of the questionnaire related to the COVD-19 along with a personal signature.

After descending the stairs, they will have the opportunity to go through the passage on the left or right side (not across, but below the field) to the exit (yellow gate) to zone 2 (green zone) to the positions provided for Photographers.

The presence of maximum 8 Photographerson each side of the pitch during the match is possible, 4 in each corner.

The Change of positions is possible only at half time, through the athletic track towards the east stand.

The movement of Photographers is allowed only in zone 2.

It is not allowed to make photos of the press conference after the end of the match, except for the Photographers of the Football Association of Serbia, who will forward the complete material to the media through their website as soon as possible.

As regards to other procedures related to the accreditation system, it is necessary to send information for your reporter on the Memo of the company and from the official e-mail address.

The Football Association of Serbia reserves the full right to determine the final number of issued accreditations in accordance with the available capacity and the following priorities:

Media partners of the Football Association of Serbia

Other information media, in accordance with the circulation and influence on the media market

You can send your requests to the e-mail [email protected]  and once again we ask you to comply to the indicated deadlines, otherwise you will not be issued an accreditation. Any abuse will be sanctioned by revoking the right to accreditation and it will be reported to UEFA.

The control will be performed at the entrance.

You can get information, whether the accreditation has been approved by calling the following number: +38164 818 0139.

As regards the accreditation system in relation to the protection measures and orders of the Government of the Republic of Serbia and the UEFA protocols, the rules are the same as for the A National Team match against Turkey, with a difference that the capacity of the stadium provided for media in Gornji Milanovac is far smaller than at the stadium “Rajko Mitic”, and therefore 10 accreditations will be provided for journalists, and 6 for Photographers.

The accreditation system starts from 26.08.and it will be until 31.08., while the accreditations will be distributed on 08.09.on the “FK Metalac” stadium in Gornji Milanovac at the media entrance, two hours before the match.

According to the information we received from the Media Accreditation Service of the Football Union of Russia, 8 places have been approved for journalists from Serbia who will potentially travel to Moscow for the match.

The application deadline is Monday, 31.08. via e-mail [email protected] .

Four (4) places have been approved for Photographers with a mandatory PCR test, which must not be older than 72 hours in relation to the time of the match. 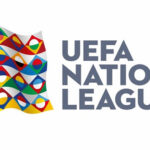 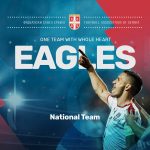 ACCREDITATION FOR THE A AND U-21 TEAM MATCHES IN NOVEMBER 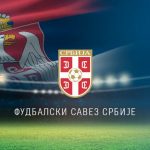 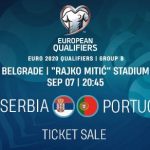